DIY Ant Killer – What Will and Won’t Work 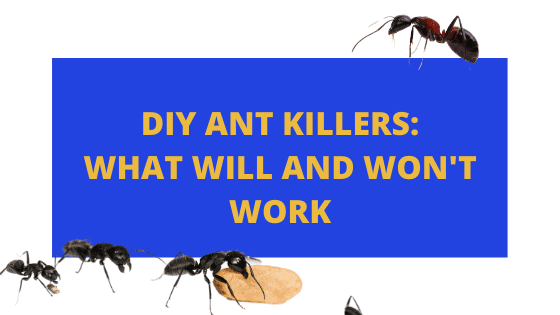 Fire ants and other yard ants can be an extreme nuisance. When trying to get rid of ants, it is important to understand what is necessary to permanently kill a colony.

Ant colonies have a very special and advanced social structure that allows them to live and thrive. One of the ant "classes" is the worker ant. If you see ants roaming outside of their colony searching for food, that is most likely a worker ant. While you can easily kill these ants while outside the colony, it will do no damage to their mound. There are thousands of worker ants born everyday!

The most important ant in the colony is the queen ant. She is the only ant that can lay eggs and spends most of her life doing it. Sometimes, colonies can have multiple queens but often times there is only one or two. Knowing this is extremely important because the only way to completely remove an ant mound from your yard is to kill the queen ant.

Now that we know a little bit about ant colonies, we can begin to look at what DIY ant killers do and do not work.

There are a few DIY ant killers on the internet that target destroying the ant hill itself. This method can be successful but only if you are able to kill the queen.

First here are a few things that likely will NOT work:

Hopefully when it comes to destroying the nest, we can save you a little time and money. Over the counter ant baits can be quite effective in destroying small mounds as well. If your yard has more than three hills we recommend calling a pest professional. It is highly likely that the multiple hills indicate that they are all one giant ant network! This means there are many tunnels and queens that must be targeted.