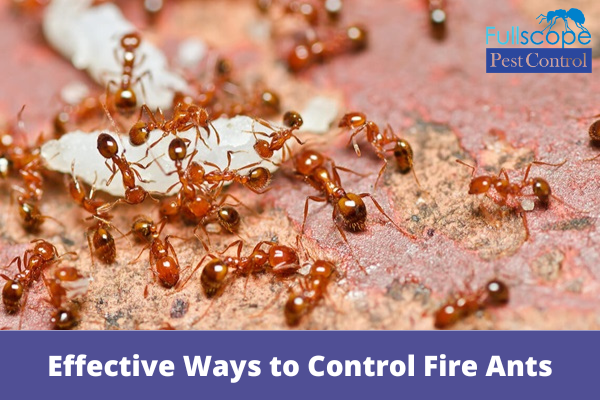 When fire ants colonize an area, they may damage by constructing massive mounds. These ants are not only a danger to property but also to people and animals. When their nest is disturbed, many fire ants emerge to swarm and attack the intruders. The blisters left behind by their stings and bites can be unpleasant and uncomfortable.

Learn about methods available for getting rid of them so you can stop them from taking over. Protect your family and pets from dangerous fire ants by customizing your treatment to the specific situation. 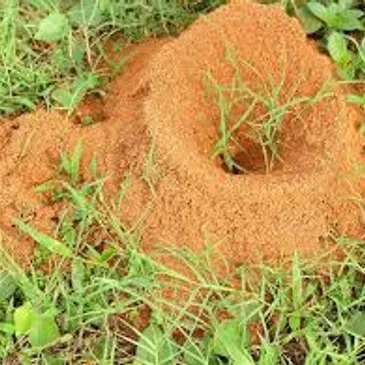 Mound treatments can be either dry or liquid drench solutions. They are efficient killers and the quickest approach to getting rid of massive, annoying lumps in the wrong spot. When mounds’ pop up’ in between bait applications, it’s helpful to have a solution on hand, and mound treatments do just that.

Fire ant mounds can be eliminated quickly by the use of liquid drenches. Spraying an ant mound thoroughly with an efficient pesticide can kill all ants within a few hours. However, making and applying liquid drenches takes a considerable amount of time.

Note: Do not disrupt mounds before treatment, regardless of technique. If that happens, the workers may relocate the queen to a more secure location. 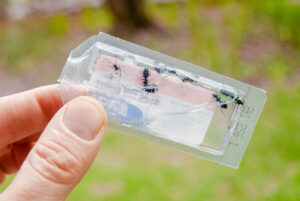 There are various benefits of using baits. They are affordable, easy to apply, safe for pets and animals, and they work! The only drawback to using baits is their relatively slow effectiveness.

One secret to the effectiveness of fire ant baits is their delayed release of active ingredients. Adult fire ants can’t consume solid food. For their young, they must return with the bait grains to the mound. The larvae turn this solid food into liquid, distributed from ant to ant throughout the colony. The slow-acting insecticides used in fire ant baits become distributed throughout the territory before they start killing ants. Granular baits eliminate the foraging workers before they can return the bait to the mound.

Note: Some baits operate faster than others, but the slower-acting baits tend to give longer control.

Granular solutions are the broadcast pesticide treatments that homeowners use the most frequently to control fire ants; nevertheless, don’t confuse them with baits.

The ants do not gather the granules and return them to the mound since they do not contain food or an attractant. These items kill ants that come in touch with treated soil because they include long-lasting contact insecticides.

Spread the granules over the area you wish to protect using the suitable spreader and the recommended amount. Broadcast insecticide treatments often have far higher rates than baits, and many may be sprayed using lawn fertilizer spreaders.

Note: Young queens attempting to colonize the region will also be killed when they come into touch with the treated soil, but it will be the foraging workers who will be affected first.

Avoid any hassle; Fullscope Pest Control can help you with these types of problems! Contact us now for a fire ant-free environment.