Menu
The Wolf Spider: What You Need To Know? 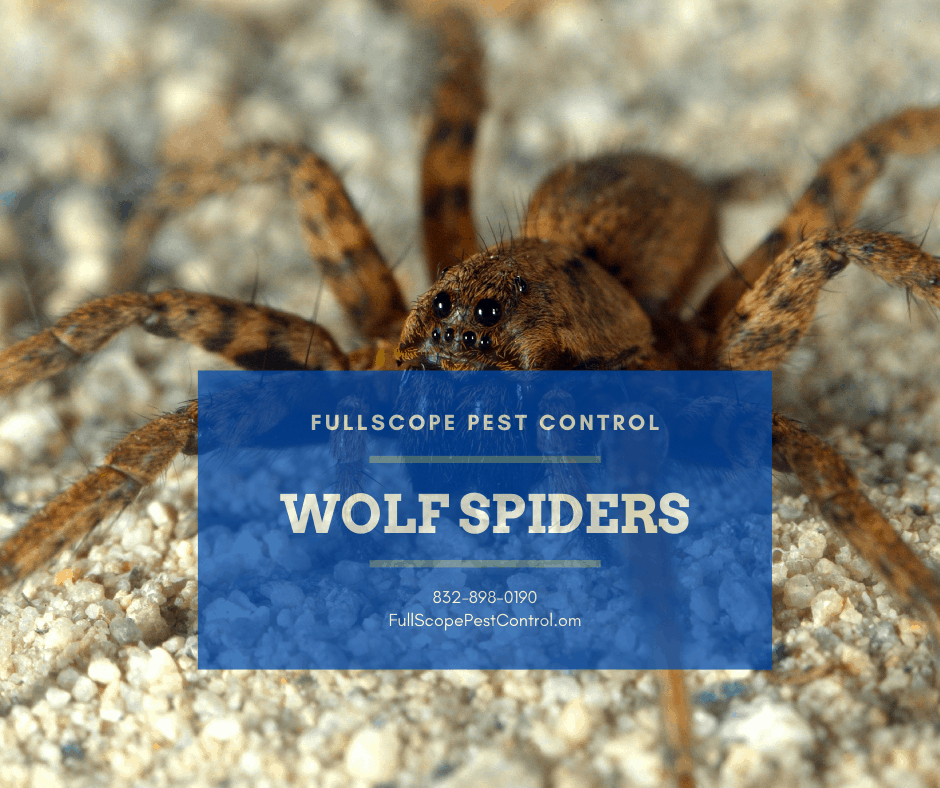 The Wolf Spider in Texas: What You Need To Know?

Seeing a Wolf Spider can be quite the experience at first. It will look pretty scary at first, especially since it has so many eyes. Unfortunately a lot of people tend to believe that every spider has the black widow properties. And that can be a problem, since not all spiders are like that. If you have the right expectations and you don’t scare right away, you will find that Wolf Spiders in general are not that problematic, so it makes a lot of sense to know more about them and understand how they live and so on.

What should you know when you see the Wolf Spider?

The Wolf Spider has a very distinctive eye arrangement. And that’s what makes it very scary for a lot of people. The front row has 4 small eyes and then you have 2 larger eyes above that row and 2 smaller eyes above that middle row. With 8 eyes in total, this spider is quite the sight and it might scare you a little bit. Another thing to note here is that they have two fangs found right at the bottom of their jaw. That means they are using that jaw to hold the prey and inject venom, not to mention eat it.

They have a 2-segment body and 8 legs in total. Colors can differ, they can be tan, black, gray or brown. They also tend to have dark markings that are very similar to stripes. That being said, these are nocturnal animals so they use the color as camouflage and that is a very important aspect to keep in mind all the time.

What are they eating?

What you need to keep in mind here is that the Wolf Spider is a predator. He is searching for food, so he won’t expect the prey to come to him. When it comes to what he is actually eating, the Wolf Spider will have a diet comprised mostly of other spiders and dwelling insects in general. Their diet is not as varied as one might expect, but it’s still pretty different when compared to other spiders out there, so that’s definitely something to keep in mind.  So if you are finding lots of wolf spiders in your Texas home then you might want to call a professional exterminator to eliminate other spiders and insects that our large spider friends are hunting.  The best way to control wolf spiders in Texas is to control the other insects that they are eating!

Where can you find the Wolf Spider? 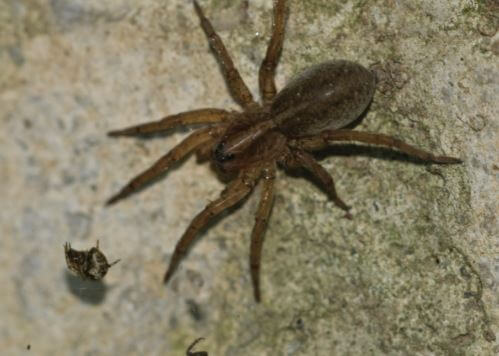 These spiders tend to be in a variety of habitats, which is quite interesting for them. You will usually find them in garages or near homes more often than not. They are not spinning webs, instead the Wolf Spider will stay in a burrow. The interesting thing is that during the rainy months they will seal the entryway to the burrow with silk. It’s very distinctive thing about them and that also makes these spiders extremely different when compared to most of the other species that you will find out there.

All Wolf Spider males have pedipalps in specific patterns that will make the female interested. Females tend to be very aggressive in general, so they will either push the male away or they will accept his advances. Most of the mating takes place during the night. After they mate, the female creates an egg sack and she will carry the eggs on the spinnerets. After the eggs will hatch, the mover will carry all her babies on the back until they can disperse on their own. This is strange because most spider species will not do that. Which makes the Wolf Spider very different and quite maternal at the same time.

Are they harmful for humans?

The most important aspect to keep in mind about the Wolf Spider is that he is not that harmful for humans. Of course he will attack you if you attack him first, but that’s only as a defense. That being said, if that incident does occur, you will get bitten and the Wolf Spider will inject venom in your system. When you encounter the Wolf Spider venom, you will have some itching, mild pain as well as swelling too. These spiders tend to be very common especially in rural areas. They are preying on other insects, so if you have insects around you might also have the Wolf Spiders in there as well.

While the Wolf Spider is a sight to behold, he is not really that dangerous. Granted, it can be very tricky to deal with one when you see it firsthand, but the best thing you can do is to not attack the spider. Instead, stay calm and let him go away. He doesn’t attack unless you will attack first. It still makes a lot of sense to call professional exterminators in case you want to avoid dealing with this kind of stuff. It will be a very good idea, so take that into consideration and the results will be very good. That’s the thing that really matters in the end, to stay safe, so if you see the Wolf Spider just stay away from him!

In Conclusion wolf spiders are not dangerous, we just do not want to end up sleeping with a very large spider in our bed.  Because the wolf spider is a predator and their diet consist of other spiders and insects, have general pest control, with a maintenance program that keeps all insects out of the home is the best option for wolf spider control.  In our north Houston, Texas homes insects and spiders are just part of the lush forest and plains we are allowed to share. But good pest control on the exterior and entry points around your house or office, can keep all of our insect neighbors on the outside!

We love to hear from you our clients, neighbors and friends.  If you have any questions or concerns, please text, call or chat with us and we will respond quickly to your questions.