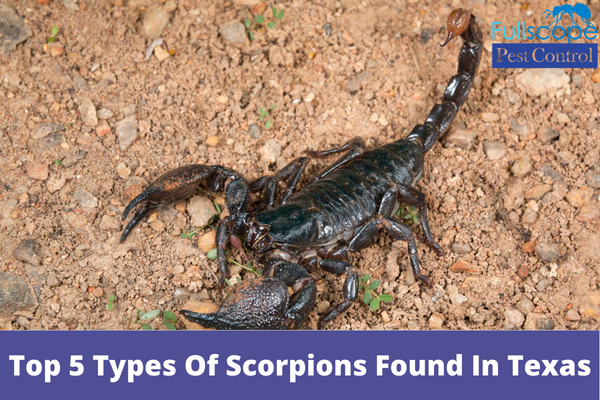 Scorpions are easily distinguished from other insects thanks to their curled stinger and enormous pincers; these characteristics are shared with spiders and other arachnids. Although they tend to stick to drier areas, many scorpions may be found in Texas.

Thankfully, Texas is free of the poisonous scorpions that may cause paralysis, cardiac failure, and even death. However, these scorpions can inflict an agonizing sting that may cause a painful reaction. You should be aware of the various species of scorpions that might be seen in Texas, so we’ll go over a few of the most common ones below. 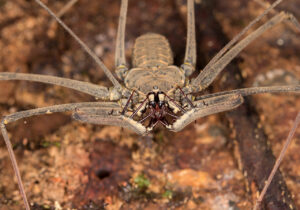 As its name suggests, the Texas Cave Scorpion is typically found in or near caves. These pests prefer cave-like habitats and can occasionally be discovered in houses located near natural regions. However, they are most commonly seen nesting under wood piles. It has a dark color, and because of this, they can blend in better with their cave environments. Their lengths are between an inch and a half and two inches. Despite the scorpion’s poison, its bite is supposedly no worse than a bee sting and poses no danger. 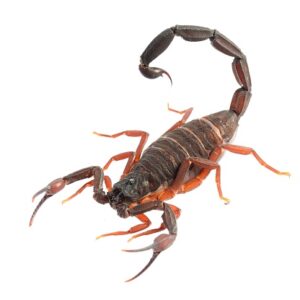 The Florida Bark Scorpion is a species that is invasive in Texas. Although it does have venom, it poses little real threat to humans. Even though it poses only a moderate risk to public safety because of its habit of congregating in residential areas, it is something to be concerned about. They preferred hiding places are homes, heaps of wood, and stones. Even if it is found, there is little cause for alarm if it is appropriately managed. These scorpions are famous aquarium inhabitants because of their long captive lifespan. 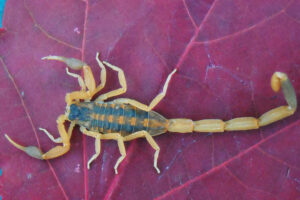 When it comes to scorpions, the Striped Bark Scorpion is dominant in Texas. Although this scorpion is venomous, the venom only induces a mild reaction in humans. Like other nocturnal scorpions, the Striped Bark Scorpion avoids the heat of the day by hiding throughout the day. This scorpion possesses a waxy cuticle across its whole body to conserve moisture. 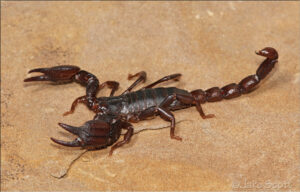 Western Texas is home to the Lindo Scorpion, also known as the Digging Scorpion. This kind of scorpion lives in burrows in the sands of deserts. Although it takes up to 8 years for this species to achieve full maturity, it has a very long lifespan. The Lindo Scorpion’s diet includes not just insects but also beetles, crickets, and other invertebrates. This scorpion may survive for days without eating, but when it does, it devours its prey with ferocity. 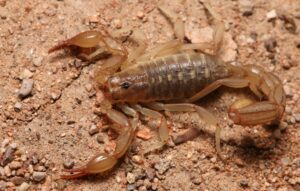 Lesser Stripetail Scorpion can be found in northern Mexico and Texas. Because of its adaptability, it can make its home at altitudes of over 7,000 feet and in a wide range of environments. As a burrowing species, you’ll have the most luck locating them by shining a dark light under stones and other debris.

A sting from a scorpion can cause discomfort, redness, and swelling. Though painful, scorpion stings rarely result in death. The elderly and young children are particularly prone to severe consequences. So don’t hesitate to contact Fullscope Pest Control if you see a scorpion in your home. We’ll help you get rid of the scorpions and prevent them from returning.