Menu
Types of Bees, Wasp and Hornet in Texas 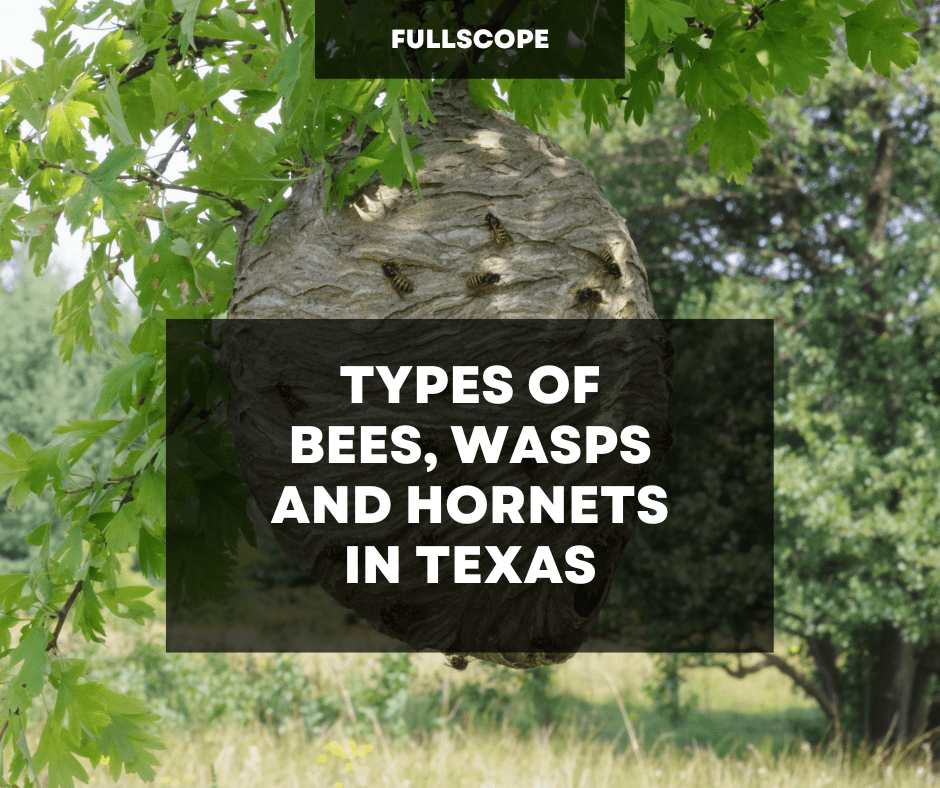 Not all “bees” are made equal. Bees, wasps, and hornets may look similar and belong to the same group of insects known as the Hymenoptera, but they are not the same. As your trusted pest control Company experts, we will provide several types of bees, wasps, and hornets. Let’s take a closer look!

Over 100,000,000 years ago, bees and wasps diverged in their evolutionary routes. Bees are vegetarians that collect pollen to feed their larvae, but wasps and hornets are carnivores that prey on other insects. Their only similarity is that only females can sting.

Honey bees are one of the most recognizable bees, thanks to their black-and-yellow stripes and bulbous bodies. Honeybees are not aggressive and do not seek out things to attack. Instead, they are defensive, attacking only what appears to be a threat to the colony. 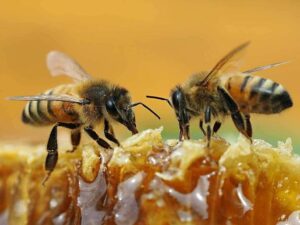 This bee gets its name from its habit of boring holes into wood to make nests. Carpenter bees look similar to bumblebees but don’t have yellow markings on their body. They feed on insect-pollinated flowers and can cause damage to structures when nesting in wooden beams or decking. 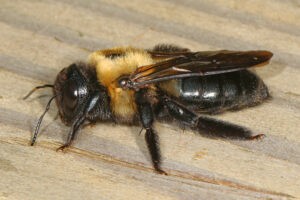 Paper wasps are approximately 3/4 to 1 inch long and have a pinched waist and long legs that dangle when flying. They are reddish-brown with yellow markings on the abdomen. Their nests are paper-like material, usually in an upside-down umbrella shape. Paper wasp nests are commonly found in eaves and rafters but can also be found on tree limbs or other structures. 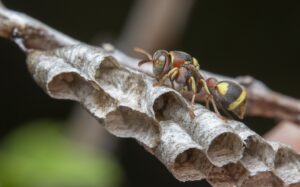 Yellowjackets feature a yellow and black color pattern and range in size from 3/8 to 5/8 inch. They build nests made of paper material in hollow logs, rocks, walls, or attics, often near food sources. Unlike paper wasps, yellow jackets will aggressively defend their nest if disturbed. 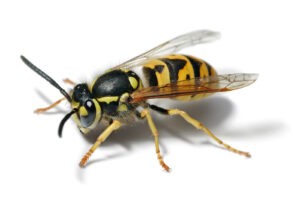 European hornets are huge, ranging from 34 to more than 1 inch. They have a brown body with yellow stripes and a whitish face. European hornets construct paper carton nests usually protected by a brown paper envelope. These insects build nests in attics, garages, other structures, and trees and shrubs. European hornets feed on other insects but will sting if you come near their nest. 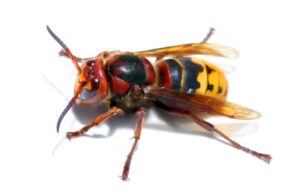 The bald-faced hornet is black with white markings on the face, thorax, abdomen, and legs. They live in gray paper nests that resemble upside-down umbrellas hanging from trees or eaves. Colonies build new nests every year and typically reach their peak size by midsummer. Bald-faced hornets are more aggressive than other stinging insects, but they will only attack if they feel their nest is threatened. Their power to sting repeatedly is not diminished. 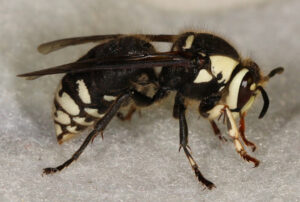 Remember that attempting to remove a stinging insect nest on your own is not recommended and can be quite harmful. Keep your family safe by calling in FullScope Pest Control. We are professional removal experts who would be more than happy to help you through this process. We’ll treat your property and the nest so you can live on your own property worry-free.