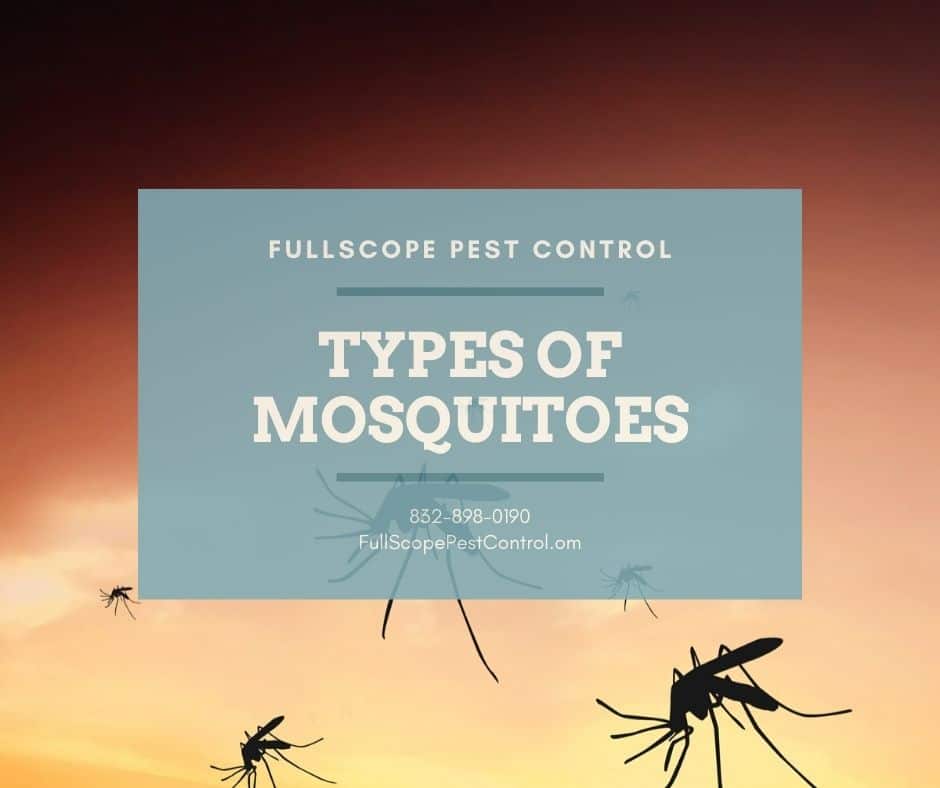 Mosquitoes are notorious for disturbing our peace at night by making unsettling sounds; many times, they even go as far as biting. Sadly, mosquitoes can also pose the far more serious threat of spreading diseases. In fact, these biting creatures are ranked amongst the deadliest animals on the face of earth due to the infections they are capable of transmitting.

Mosquitoes are known to spread diseases like malaria, Zika virus, West Nile virus, and a few others. With 12 genera and around 176 species of mosquitoes in the US, below are the 3 most common disease-spreading species:

The Anopheles mosquito, a mosquito species that is known for spreading malaria, can found in all the continents of the world except Antarctica. As you can guess from the name, this species is known around the world for being the number one vector of malaria.

The Anopheles mosquito is also guilty of transmitting heartworm disease to animals. The female Anopheles mosquito can lay her eggs in an extensive range of locations, including small streams, inground pools, freshwater marshes and any other place with clean, slow-moving or standing water. Anopheles mosquitoes are most active just before dawn and shortly after darkness sets. An interesting fact about this species is that that can still be found in regions where malaria has been completely eradicated. This is because the parasite that spreads the infection has been gotten rid of, not the mosquito.

The Aedes mosquito was initially found in subtropical and tropical zones. Now, this species can also be found in every other part of the world except Antarctica. The noticeable white and black markings on their legs and bodies make them visually distinctive. Another thing that makes this species unique is that they are active – bite – only during the daytime. Some of the chief culprits in the Aedes genus include:

The Aedes Albopictus is easily the most invasive known mosquito species on the planet. The female Asian tiger mosquitoes are known to leave their victims with itchy, red bumps on the skin. They also lay their eggs in standing or stagnant water, which can be found in flowerpots, old tires, birdbaths and clogged trains.

This species of mosquitoes have a fondness for living indoors and near people, hiding in cool shaded areas in houses, such as laundry areas, wardrobes and under furniture. These creatures are sneaky and usually bite around people’s ankles and feet – they may bite repeatedly. The Aedes Aegypti mosquito is most famous for spreading yellow fever, a viral disease that can cause fever, nausea and headache.

This mosquito species is known as the common house mosquito mostly because of its behavioral pattern – entering homes and biting victims between sunset and sunrise, leaving multiple itchy and painful bites. The Culex mosquitoes are weak flyers who are known not to fly far away from where they develop as larvae. The adults of this species have a short lifespan – about 15 days in most cases. One interesting fact about Culex mosquitoes is that unlike other mosquito species that die during the cold days of winter, these mosquitoes can hibernate in protected places like sewers, basements and crawlspaces.

Here are a few tips to help keep mosquitoes of any kind away from your home:

If after trying the tips outlined above you still have mosquito problems, proceed to contact a reputable pest control company to come to your assistance. Investing time, resources and efforts in the fight against mosquitoes is an act that will help protect you from the many infections peddled by these stubborn insects.

In addition, without the noise-making and annoying insects around, you get to deeply enjoy every moment of relaxation in your home.