Posted on August 5, 2021 by Gary Gill | Posted in Uncategorized 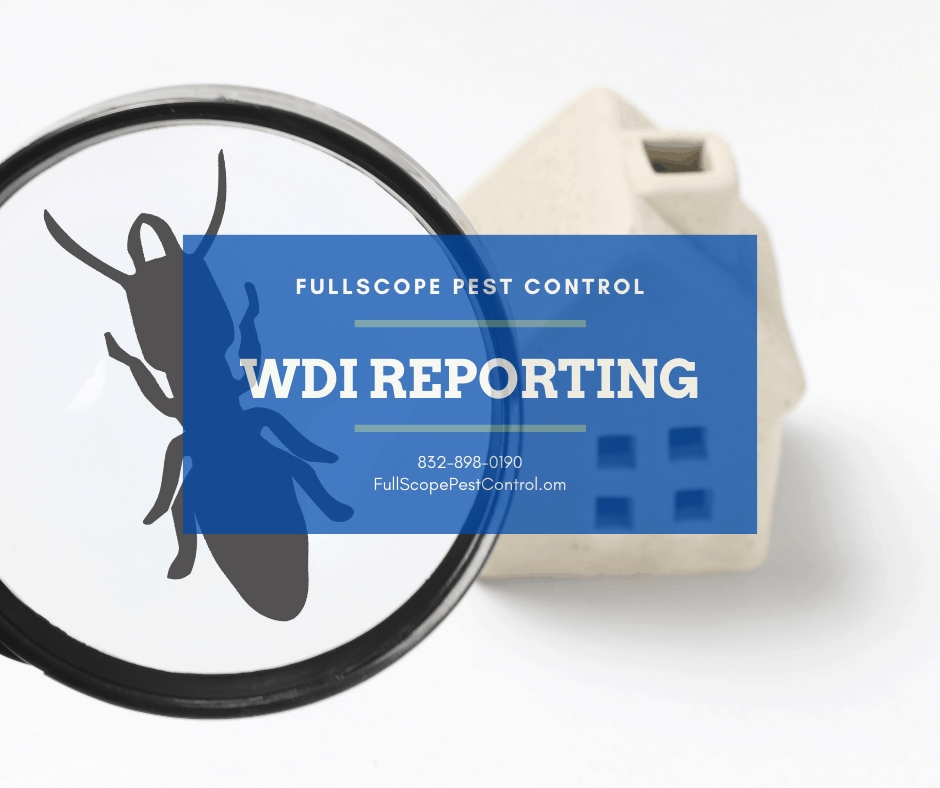 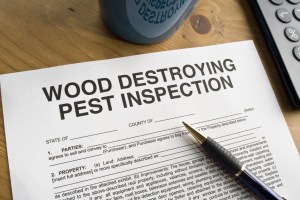 It’s important to understand that in Texas it’s not only termites that can damage wood in structures, but there are several other insects as well as wood-decaying fungi. For this reason, it is important to know the difference and have a proper wood destroying insect report done.   Because it requires proper identification of the insect or fungi and the extent of the infestation to properly solve the problem, each requires a different treatment method.  So having a professional evaluate your existing home or new purchase is necessary for you to rest assured that you are taking all the steps necessary to protect your biggest investment.

Identifying termites can be tricky, but not for a professional pest control technician who is trained to identify them properly.  It is the primary reproductive termite forms that are most often discovered by homeowners. Many people often confuse termites in the spring swarms with a winged form of flying ants, which can also be found swarming near structures.

Termites can be distinguished from ants by comparing their physical characteristics. 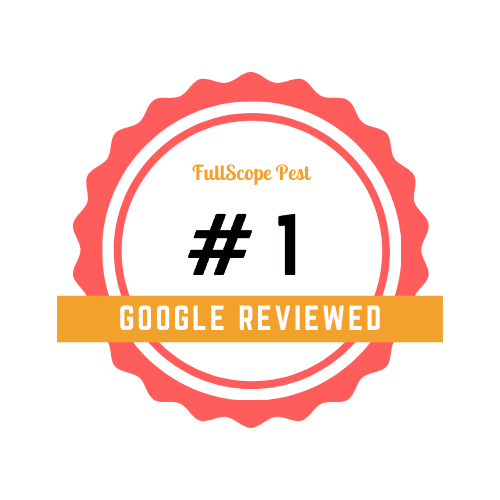 Winged termites have straight antennae, thick waists and four long fragile wings of equal size and shape. Winged ants have a wasp-like body shape, narrow waists and two forewings that are longer than the two rear wings. Subterranean remain hidden within the wood. Those actually doing the feeding are seldom seen. However, the presence of termites can be detected in several ways. Termites usually come to the attention of the homeowner in the spring when the winged reproductives swarm.

Although a termite swarm out-of-doors near a structure does not necessarily mean a structure is infested, it is a good reason to investigate further. If the swarmers emerge inside the structure they will be attracted to light and their broken off wings may be found near windows and doors. 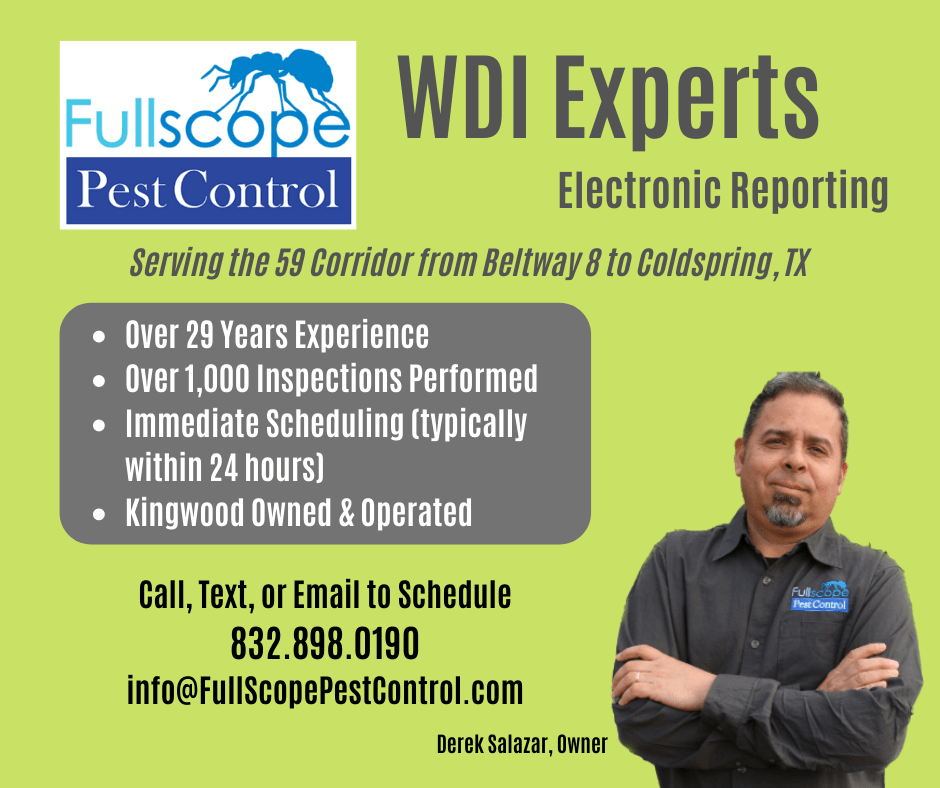 Although subterranean termites are responsible for most of the structural damage in Texas caused by insects there are several other wood destroying insects that exist. There are a variety of beetles that cause severe damage in Texas. Other than termites the insect accounting for the most damage in the south is the True Powderpost Beetle. They infest many hardwood species including oak, ash, hickory, maple, and mahogany. They usually infest dry, seasoned wood that is less than five years old. The warm, humid climate in the south is very favorable to beetle infestation and development. These beetles are capable of re-infesting wood and can spread throughout hardwoods in lumberyards.

Carpenter ants are another wood destroying insect. There are 42 known species that exist in the United States and eighteen of these species exist in Texas. Carpenter Ants seek out soft, moist wood in which to establish their nests. They particularly prefer wood that has weathered and begun to decay. Although the nests are most often begun in the softwood, later excavations frequently are made into perfectly sound, dry lumber. Carpenter ants do not eat the wood but excavate galleries in the wood in which to rear their young. Carpenter ants eject the wood in the form of course sawdust. The characteristic sawdust piles aid in nest location.

Another threat to wooden structures is Wood Decay Fungus. Severe wood decay occurs only in wood with a moisture content greater than 20 percent. Most wood-rotting fungi grow only on wood exposed to rain, roof leaks, plumbing leaks, condensation or contact with moist soil.

These are just some of the reasons you should have your house inspected regularly by the professionals  at Fullcope Pest Control. You owe it to yourself to protect what is most people’s largest investment, their home. 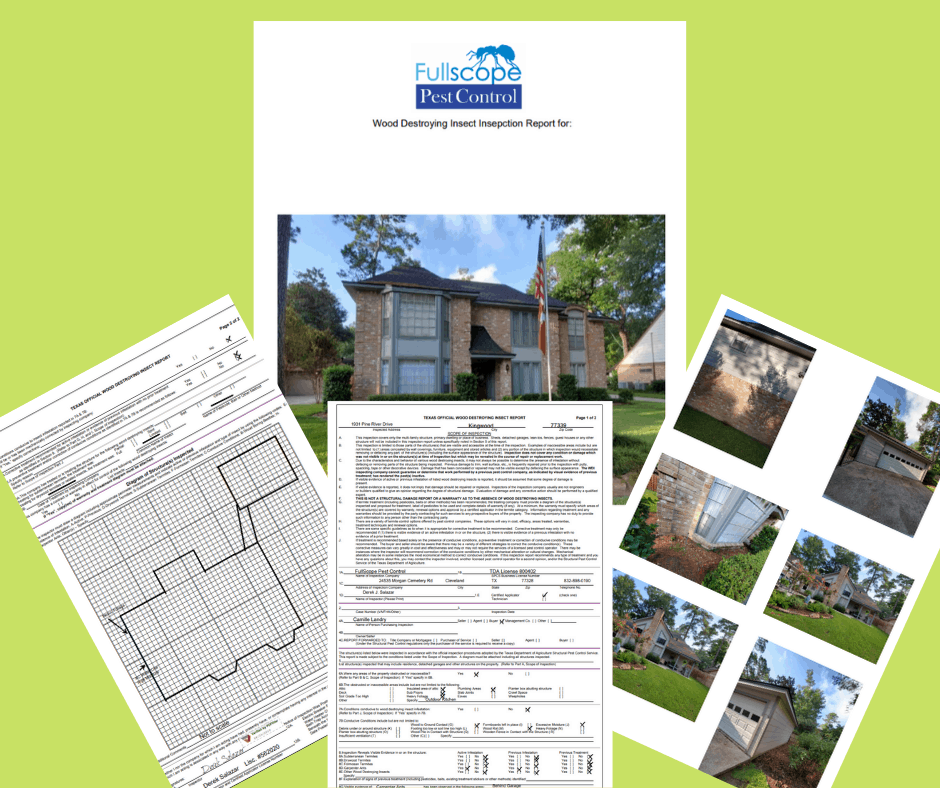